What Are Some Of The Most Famous Confidence Tricks?

Susan Hayes answered
Whether you call them  con artists, grifters, flim flam men, thieves or scammers, these charismatic crooks have been working their games since man invented currency. They are part actor, part cheater, and the schemes they run are all designed to part their victims from their hard earned cash.

There are dozens of tricks and schemes that confidence artists use, and they all have a great many variations, but these are some of the most common, and most effective. 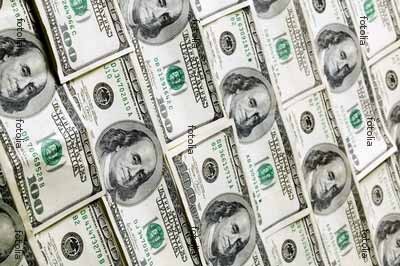 This is one of several “get rich quick” schemes that work only if the victims or marks are both gullible and greedy.

The thief convinces his victims that he has obtained the engraving plates that enable him to print legal $100 bills. He shows them the “money printing machine” he has set up, and explains that it is a very slow process but that it works; giving them several real $100 bills to examine while claiming they were printed by the money machine. Once the victims are convinced the machine works, the con artist just waits for greed to do his work for him. Eventually the victim “convinces” the thief that he must have that machine, and pays an exorbitant amount of money for it.

Once it’s in the possession of the victims, the machine will produce two more bills over a twelve hour period, but after that the machine only spits out blank paper. When examined closely, the machine has no printing plates, and the money it printed out will prove to be real, their only purpose to distract the mark while the thief makes a run for it. 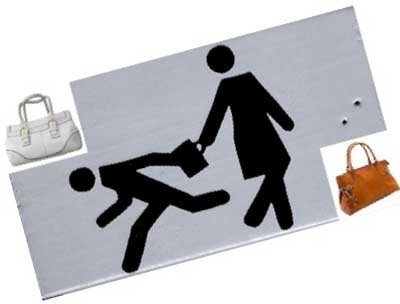 Two con artists spot their victim and set up the scene.  One will then steal the purse and take off running, while his accomplice yells “Stop thief” loudly and makes a show of chasing after the “thief”. While the witness watches, the accomplice wrestles the purse away from their partner, regaining the purse but somehow always managing to let the “thief” escape. Any reward given to the brave citizen for their assistance is then split between the two crooks. 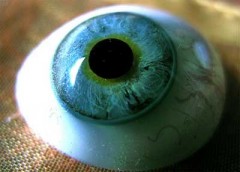 This scam requires several accomplices and was originally done with a glass eye, although the modern version often uses the story of a custom made contact lens instead. One of the con men goes into a store and will pretend he has lost a glass eye. He involves staff and customers in a search, but the eye remains missing. Feigning great concern, the thief will declare that it’s very valuable and he will pay a large reward to the finder. He leaves his contact information (which is as fake as the rest of his story) and leaves.

The next day a second con man enters the store and pretends to find the glass eye. For the scam to work, the store manager needs to be greedy enough to act selfishly and try to keep most of the reward money for themselves. Usually they will offer to take the eye and return it to the owner themselves.  The con man who “found” the eye will argue, asking for the owners contact information and expressing a desire to return it himself.

Eventually the thief will manipulate the manager into offering a small reward, bargaining with them until the finder is offered a decent amount of cash, though nothing compared to what the owner thinks he will be given for the return of the missing glass eye.

Of course once the thief has the money, he vanishes and the one eyed man cannot be contacted and never returns, leaving the manager out the money he paid the finder. 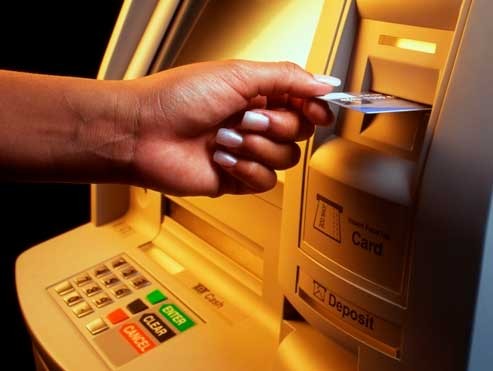 Despite the simplicity of this scam, it works with alarming regularity.

The first step is to place an Out of Order sign on the screen of the bank’s Automated Teller Machine. The thief will be wearing a security guard uniform and will play the part to the hilt, standing to attention and greeting each customer as they approach. As customers come by to try and make their usual cash deposits, the “guard” will explain that he works for the bank and has been assigned to take in all deposits by hand, since the ATM is malfunctioning.  He will go so far as to write out a receipt for the cash received, while asking for their account number and PIN so the transaction can be finalized later.

The thief will take off with both the cash and the banking information of every victim he scammed, using that information for further financial gain. 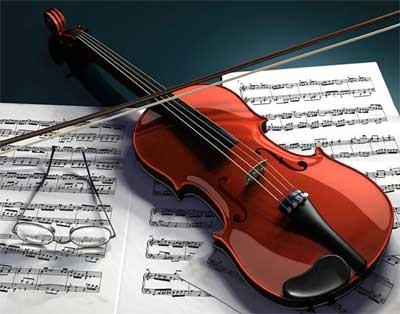 Two thieves work together for this scam. One will be dressed in well worn clothing and carrying a violin case. He’ll enter a restaurant and order a meal. When the bill comes he will claim to have left his wallet at his home, just a few blocks away. As collateral he offers to leave his violin, explaining that he is a musician and this violin is his most treasured possession and his source of income.

The second thief will have already been in position, and after the first man leaves he will hurry over and offer an outrageous amount of money for the violin, claiming it’s a rare instrument and nearly priceless.  He claims to have to leave for an appointment, but leaves his card and insists that he will pay the vast sum if he can only get the violin.

If the mark has been well chosen, their greed will cloud their judgement and when the “musician” returns to pay for the meal they will offer to buy the violin, offering to pay a small percentage of what the second thief offered to buy it for.  The first thief will bargain, and then finally agree to sell his cherished violin. He then departs with the cash, and the victim is left with a cheap instrument and no recourse. 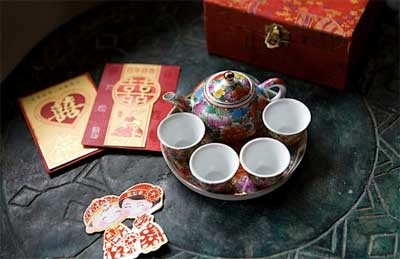 This scam is common in Beijing, China and focuses on tourists unfamiliar with the country and its customs. The con artists work in pairs and try to befriend tourists. They will chat and act friendly, often explaining they are just looking to practice their English.  After a time they will suggest a trip to see a tea ceremony, assuring their mark that it is well worth the money and a wonderful experience.

The victim is never shown a menu, and the thieves ensure that that their mark is distracted and never inquires too closely as to the price. After the ceremony, the bill is presented and the total usually comes to over $100 per person. The thieves will appear to pay their bill, leaving the victim to follow suit.  Once the victim departs the profits are split and the scene is set to repeat itself with a new victim. 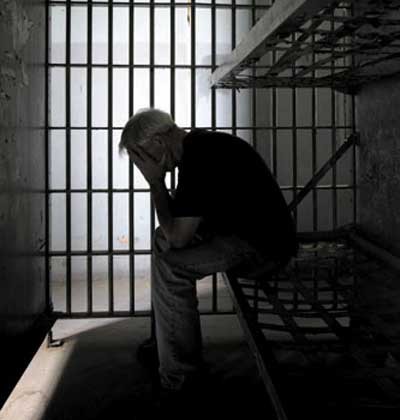 This scheme started in the 1800’s, though these days it is most often seen in its online incarnation as the Nigerian Money Scam; proving that even 200 years later flattery still works and greed can still overcome common sense.

The thief has to convince the mark that he is in contact with a wealthy person who has been wrongfully imprisoned under a false identity. The unfortunate individual cannot reveal his identity, and thus he is relying on friends to raise the money to secure his release. Once the prisoner has been freed, the con man assures his mark that anyone who helps will be richly rewarded financially, and in many variations there was a promise of marriage to the rich man’s lovely daughter.

The mark is repeated told that they are being entrusted to a great secret, and have been selected to help because they are known to be honest, upright individuals. If the mark falls for this combination of flattery and flim-flamming, he will find that there are always more problems to be over come, and the demand for more money will continue until either the victim realizes the scam or he runs out of money. 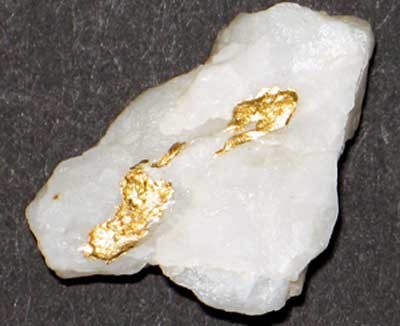 This confidence scam requires planning and an investment in time and materials, but has the potential for the richest rewards. The Bre-X scam of 1995 cost its investor’s millions and millions of dollars and was the most elaborate fraud in the history of the mining industry.

The con artist plants gold ore or gems into an area where they claim a mine is being developed, encouraging their marks to invest in a worthless or even non existent mining company. The name comes from the gold rush, where the flim flam men would load shotguns with gold dust and shot it into the sides of empty mines, making them appear to be rich with ore. Once the marks have invested all they have, the thieves vanish with their money, leaving the victims with worthless stakes in a mine that never existed. 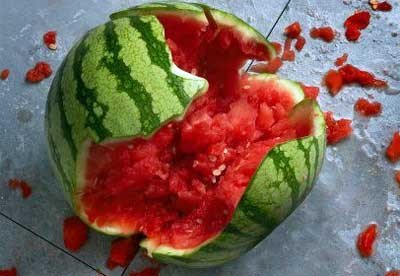 One of the simplest of scams, this one got its name from the days when a watermelon was a rare commodity in Japan, worth over $100.

The con artist would target a Japanese tourist and intentionally bump into them, all while making it appear to be an accident.  The watermelon he was carrying would drop and be destroyed, all while blaming the mark for the accident and demanding they pay for the lost watermelon. The mark, would then be convinced to pay $50-$100 for the fruit, when in actual fact they cost only a few dollars outside of Japan.

A more general version of this scam is to have a pretty young woman carry a well wrapped gift box full of broken glass. When she bumps into the mark, she will claim it was an expensive glass vase, newly purchased as a gift and act distraught until the victim (usually a man) offers to pay for the broken “vase.” 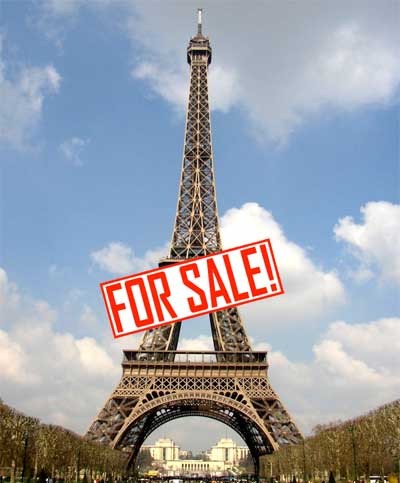 There are a number of ways this scheme is run. One of the most common involves the con artist claiming to be a landlord and taking multiple deposits on a home that the he himself has no claim to. The thief absconds with the deposits, leaving the victims without their money or a place to live. In every case, the key is that the grifter has no claim to the real estate he is attempting to sell, making him untraceable.

The most audacious scams have involved landmarks like the Brooklyn Bridge in New York and the Eiffel Tower in Paris. Victor Lustig sold the Eiffel Tower twice,  each time managing to convince his victim he was a government official attempting to sell the Eiffel tower for scrap metal because it was too expensive for the government to maintain.

George C. Parker sold the Brooklyn Bridge a number of times using his charm and well forged ownership papers to convince people that he was legitimate.  He would draw them in with their avarice, telling them they could make a fortune by converting the bridge to a toll bridge. In several instances his victims were so convinced they owned the bridge they had to be stopped by police while they were attempting to put up toll barriers.  It was from these exploits that we have the popular culture expression “"and if you believe that, I have a bridge to sell you.”

The Instigator answered
Someone tells you they want to sell you the Brooklyn Bridge and you buy it.