What Are The Strangest Eating Disorders?

Life is a sliding scale of good, bad, and a whole lot of grey in between. If you think you’re in the bad, just take a look around and you may just realize things aren’t as bad as they can be.

One such example is found within the disturbing world of eating disorders. Sure, anorexia and bulimia are terrible sicknesses, but at least you don’t have one of these… 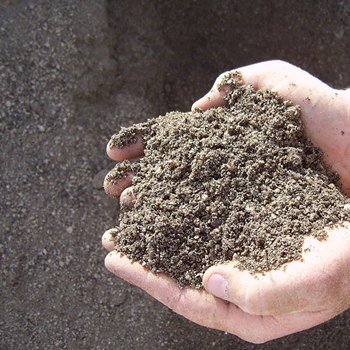 Pregnant women the world over are prone to strange food cravings at all hours of the day. If you’re a father, then you were probably the one that had to go on a 3 A.M. Expedition for dill pickles and Little Debbie snack cakes. It may have seemed like a bit of a chore, but you did it with a smile because you knew it was just a part of the magical miracle that is child birth. You also sport a smile because at least your significant other isn’t asking you to scrounge her up a bowl of dirt to snack on.

In some parts of Africa and rural portions of the United States, pregnant women have been known to chow down on some clay to alleviate the nausea associated with pregnancy. Of course, one can argue that this strange practice is only limited to pregnant women, but one would be dead wrong. If you ever visit Haiti, just go ahead and avoid anything and everything related to cookies and pancakes as they maybe what is called a bon bon de terres, or bon bon of the earth. Sure, it may still have some sugar, some shortening, and a pinch of salt to bring out all of the flavors…but one of those flavors is also dirt. These cookies have been linked to many health problems such as being dead, a major health problem for those that like being alive. 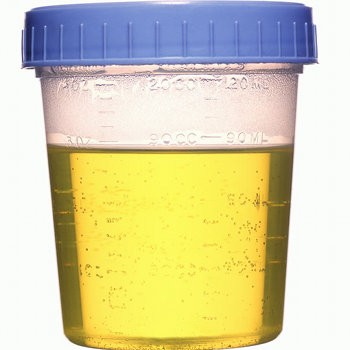 Have you ever hit the toilet to expel some fluids and thought, “What a damn waste?! There are kids in foreign countries that would kill for such hydration!” If you are one of these people, first of all, ew; secondly, you’re not alone…sadly.

Urophagia is, simply put, the consumption of urine. Sure, there are some that do it to get their sexual rocks off, but there are others that do it just because, you know, it’s tasty.  There are some slight misconceptions about the act, though. Yes, urine can be sterile, but only if there are no infections in the…uh…source. Also, the first bit of expelled urine may carry with it some non-infection related urethral bacteria, but, leave it to those crafty pee drinkers out there to find a way around that problem. Rather than enjoy every last drop, they’ll enjoy the mid-stream. In other words, they let the faucet run for a few seconds before they fill the cup. Mid-stream is also a phrase you may hear when you take a urine test as the bacteria may contaminate the sample. 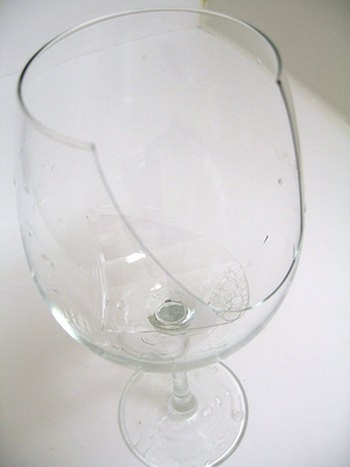 Some people are not scatological in their eating habits. There are others that are handed a glass of freshly squeezed urine, only to inconspicuously dump it in to a nearby plant when no other party-goer is looking so they can chew on the glass…because this is a party filled with totally normal people.

Glass eating is a common sideshow attraction that one must be properly trained to do. There is a very particular way to chew and swallow the glass as to prevent your insides from spilling out; along with a very particular eating regimen one must follow designed to move the glass out of the system. We couldn’t find any of these glass eating tips and tricks online, which is probably a good thing in the long run. Of course, this is an extremely dangerous thing to attempt, so you probably shouldn’t try it unless you were raised by circus folk. If that’s the case, then be sure to wash it down with some fire and knives.

If you want to see a professional Hyalophgia-ist in action, just watch this video of Todd Robbins. He is a trained glass eater that will shock and amaze you (mostly with lame vaudevillian jokes). 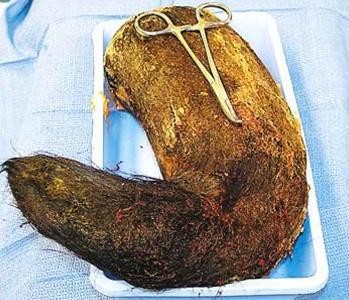 Guys are a sucker for a girl doing cute things. All guys have seen that one girl that playfully chews on her hair as she listens in on every word you stumble over because you can’t believe she’s actually talking to you. When you go home you write about how one day, one day soon, the ultra-cute hair chewer will be yours. You will be married. But, if you do marry her, you’d better hope you have some truly awesome medical insurance because that cute little nervous tick she had, the hair chewing one? The one that suckered you in? Yeah, well that’s a 10 pound hairball in her stomach now. Congratulations! You married in to Trichophagia! You won at life!

The extraordinarily gross picture above is an actual 10 pound hairball that was surgically removed from an 18-year-old Trichophagia patient (Trichophagiac?) in 2007. The girl had a nasty habit of chewing on her hair much in the same way you might chew on your finger nails. It was just a little habit that she never really thought much of. Then, she had a swollen abdomen, she was vomiting and she lost 40 pounds over the course of about 5 months. A couple of scans later, the doctors decided to go in there and check out what was wrong. What they found was the picture above. Well, they didn’t find the picture inside of her, they found what’s in the picture, and then they took a picture of it…which is the one above.

Sometimes the dream girl can have some nightmarish qualities. 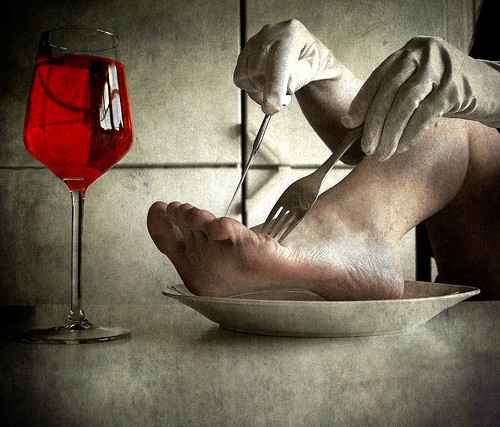 Have you ever eaten human flesh? Well, then you’re a cannibal; but you know that already. Do you eat your own flesh and/or drink your own blood? Then autosarcophagy is what you’re in to. See? There’s a fancy science name for all of your twisted deeds.

If people eating themselves wasn’t weird enough, here’s an added sprinkling of creepiness about Autosarcophagy that just might hit home: You may already be a member of the club. Something as simple as chewing on your finger nails or chewing on the skin around your finger is a classified form of Autosarcophagy. There are others, of course, that take it to an extreme and don’t eat themselves as a nervous habit.

A good example of such a person can be found in Serbia. A group of Serbian factory workers went on a 19-day hunger strike in protest of their managements’ refusal to pay them. The workers had not received a hard earned check in literal years. Cut to, a year later, the same factory workers conducted yet another protest for the very same reason; they had yet to receive a single check…still. So, they must have figured that if the hunger strike thing didn’t work out as well as they wanted it to, then perhaps they will take it in the opposite (read: Totally insane) direction. One of the workers, a man named Zoran Bulatovic, had this to say:

"We, the workers, have nothing to eat. We had to seek some sort of alternative food and I gave them an example.”

What was Zoran’s example? He sawed his pinky finger off and ate it.

Sometimes an eating disorder can make you kind of badass. Mostly crazy, but still, a little badass. 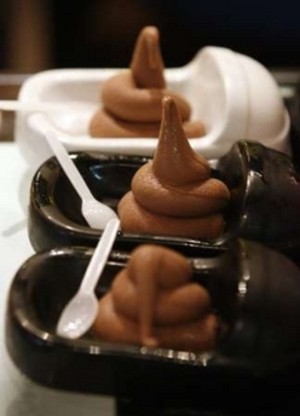 Poop. Someone with Coprophagia is someone that eats poop. There really isn’t a smooth way to transition in to that. Again, there’s a fancy science-y name for everything, even for people that eat poop on a nearly professional level.

There are not too many folks on earth that would be able to have “Eating Poop” on the Likes and Dislikes sections of their eHarmony profiles. Most of the non-porn related cases that have been documented by science people usually involve depression, schizophrenia, and dementia.

Of course, there are many dangers to eating poop for sustenance, but we’re not going to tell you what they are because, well, it’s poop. You shouldn’t need to know the specific dangers of eating poop, you should just know that it is poop. If that fact alone isn’t enough to sway you then nothing will.

This can be a severe combination of all the main types of eating disorders, and because its so hard to get a diagnosis, ask for help, or even find the right kind of therapy that can address all of the problems, it is the most dangerous type of eating disorder to have after anorexia and bulimia nervosa.

Anonymous answered
From the ones I know, id say 'Pica'. The eating disorder in which a person chews(just chews) on non-edible items

rachelle gory answered
C&s  its chew and spit. You chew the food then spit it out. Which causes major damagee to the stomach!